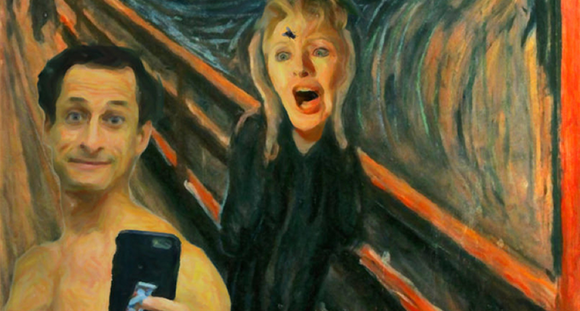 “We came, we saw, he died,” Clinton quipped following the death of Muammar Gaddafi. As she said this, Al Qaeda’s black flag was probably still swaying in the wind over a municipal building in Benghazi.

And now, as we sit here furiously tossing pennies into a wishing well, there’s a chance those words might come back around and bite her in the butt.

Despite the (Clinton apologist) claim that only “deplorables” and conspiracy nuts would believe she’s dead set on more war, it’s pretty clear which direction her nose is pointing. (Hint: more war.)

In the past, you may recall, she’s called Assad “Syria’s butcher” and a “brutal dictator.” Fairly reminiscent of how the old bird used to talk about Gaddafi before U.S. airstrikes cleared the path for rebels to capture him, sodomize him and brutally murder him.