by Joshua Krause
The Daily Sheeple 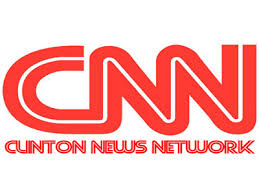 This, right here, is where the term “presstitutes” comes from.

Is there anyone left who still thinks we get “news” from these people? We have turned a corner in this country, propaganda-wise. It’s full-on and blatant now. They aren’t even trying to pretend not to be puppets.

They just simply are puppets.

The scariest part is when a guest starts in with, “A girl who was raped by a pedophile that Hillary Clinton bragged about getting off—” And a female talking head at CNN rolls her eyes and cuts him off with “OH COME ONNNN” like that’s just so tired and boring and she’s just so over it already… when there’s audio of Hillary herself laughing about getting said pedophile who she obviously believes is guilty off on a technicality, so if anything, it’s one the most corroborated talking points that should be discussed that exists!