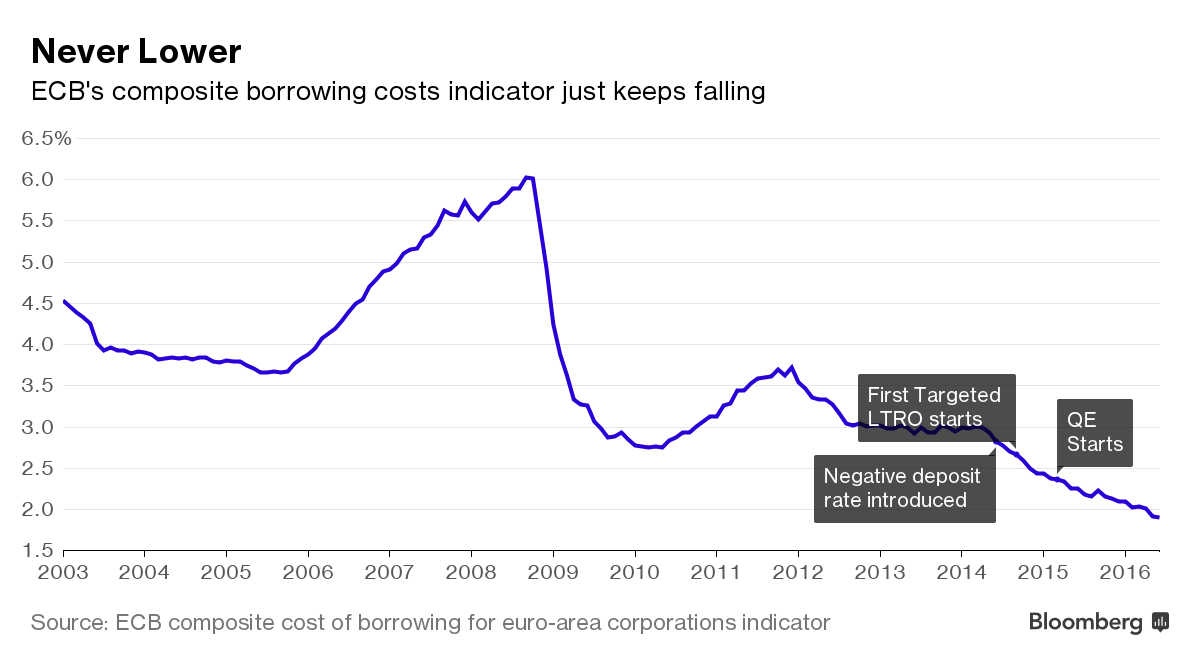 Mark Carney may be wrong himself.

The Bank of England governor said last week he was “not a fan'” of negative interest rates and had no intention of going below zero, unlike his peers in Europe or Japan. In fact, he accused them of getting it “a bit wrong.”

But what might be true for individual lenders doesn’t hold up for the entire 19-nation euro region.