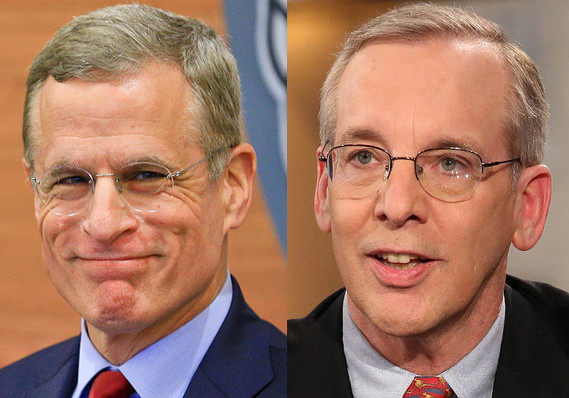 A pair of Federal Reserve officials, on separate visits to Asia, suggested overnight that the financial markets are too complacent about a September rate hike. However, investors back in the U.S. basically ignored the admonishments.

“The market doesn’t believe the Fed, it hasn’t been listening for a while,” said Joseph LaVorgna, chief U.S. economist at Deutsche Bank Securities Inc. in New York.

[…] In a Bloomberg television interview from China, Dallas Fed President Rob Kaplan said a September rate hike “is very much on the table.”

New York Fed President William Dudley, in a speech in Indonesia, said he could definitely see the Fed raising interest rates even before the election. Many pundits and market participants have opined that the Fed, in an effort to appear apolitical, tends not to change rates during a presidential election. The presidential election is set for Nov. 8.