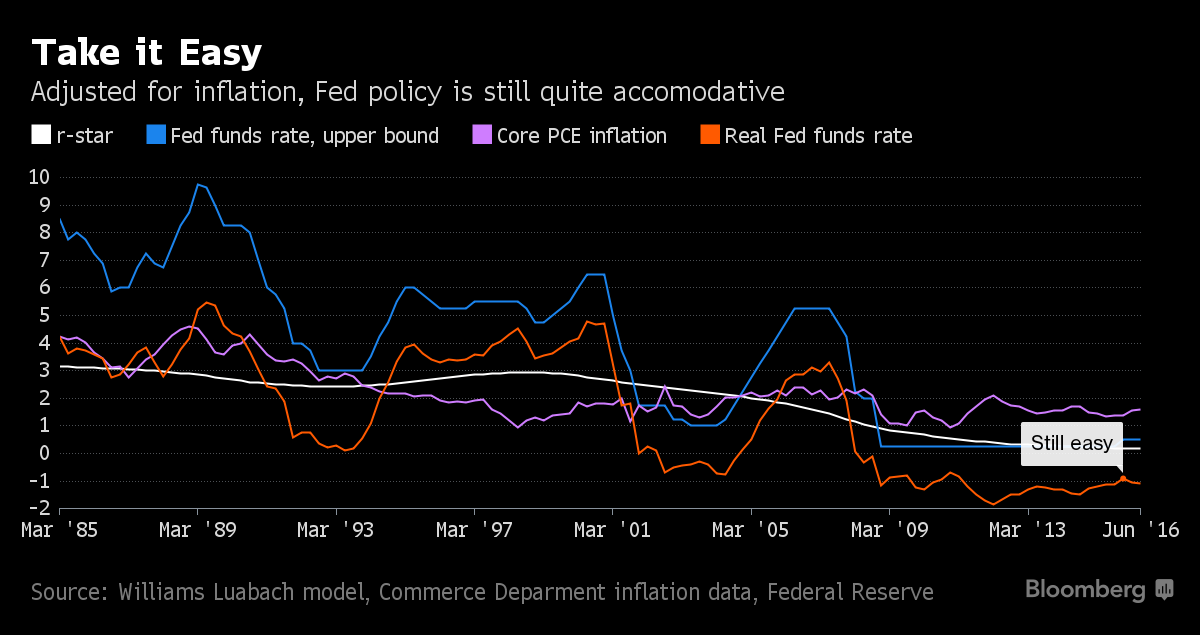 Some at the U.S. central bank may still be too optimistic about how high interest rates can rise in the longer run, based on new Federal Reserve Bank of San Francisco research.

[…] San Francisco Fed economist Kevin Lansing started with a simple premise: estimates of the inflation-adjusted neutral interest rate — the one that neither stokes nor slows growth — track pretty well with the U.S. Congressional Budget Office’s four-quarter growth rate of potential GDP estimates. Looking at the CBO’s projections for the next decade, he predicts “a very gradual rise” in the neutral rate, referred to as r-star in standard economic models, from near-zero in 2016 to about 1 percent in 2026.