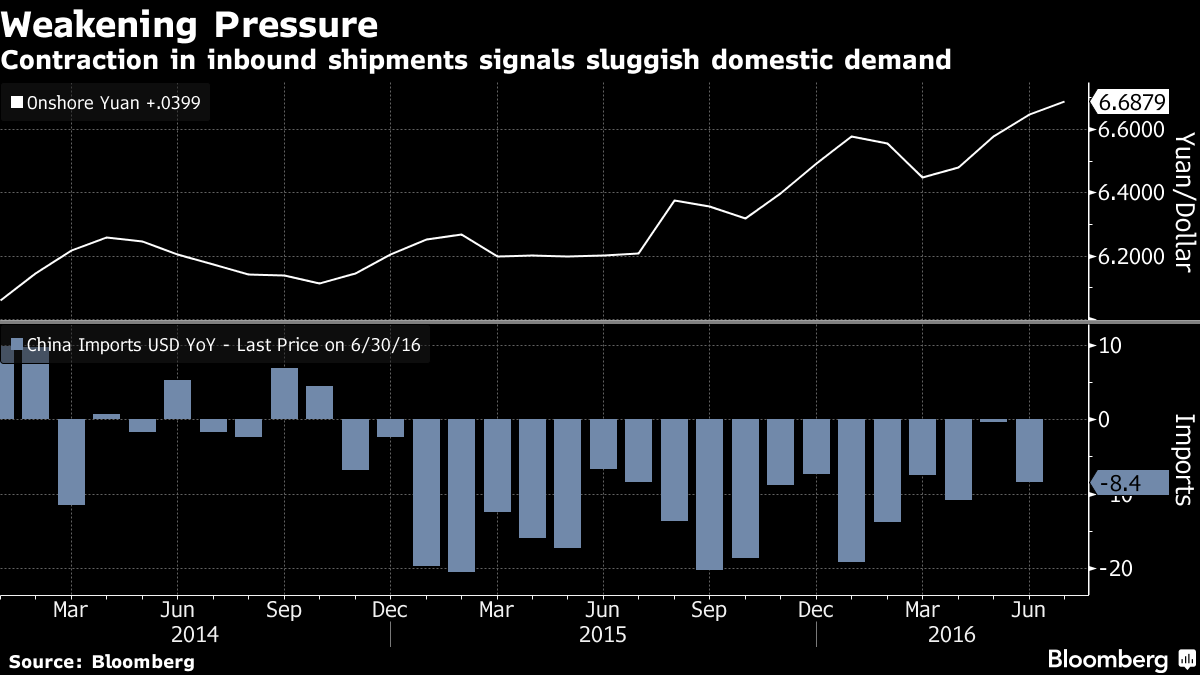 China’s yuan traded near the weakest level in almost six years as a plunge in imports signaled declining demand in an economy growing at the slowest quarterly pace since 2009.

The nation’s inbound shipments shrank more than estimated in June and exports dropped for a third month, according to data released Wednesday, while figures due Friday are projected to show a 6.6 percent expansion in April-June gross domestic product. Any disappointments could prompt analysts to bring forward forecasts for interest-rate cuts, Tim Condon, head of Asian research at ING Groep NV, wrote in a note Thursday.

The yuan was little changed at 6.6878 a dollar as of 4:48 p.m. in Shanghai, according to prices from the China Foreign Exchange Trade System.