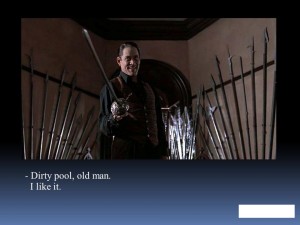 Not on emissions tests, as VW is being stoned to death for doing, but on federal fuel efficiency requirements (CAFE, in Uncle-speak).

Would you believe he is not only going to triple the “gas guzzler” fines applied to any automaker that doesn’t make the CAFE cut – the mandatory minimum “fleet average” MPG, which is currently 35.5 MPG – but also that these fines will be applied retroactively – to the 2015 and 2016 model year – as well as to future model years?

That’s two full model years before the 35.5 MPG mandatory went into effect – and tens of millions of dollars in fines, just because.