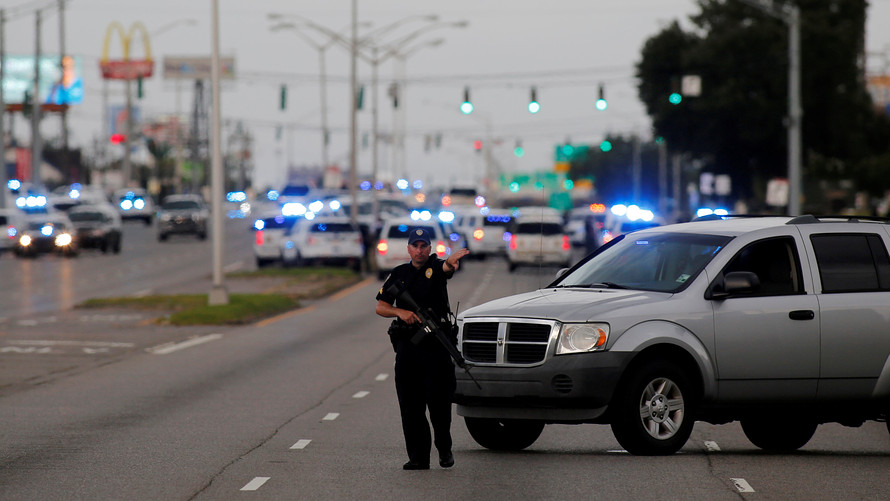 BATON ROUGE, La. — A gunman fatally shot three police officers and wounded three others before being killed by police here Sunday morning, the second such attack on U.S. law enforcement in 10 days.

The alleged gunman was identified as Gavin Long, a 29-year-old African-American man and former Marine sergeant, according to a person briefed on the investigation. The suspect was from Kansas City, Mo., and was affiliated with an antigovernment group, the person added.

[…] Authorities wouldn’t immediately link the attack to the nation’s recent police shootings of black men, including one in Baton Rouge, or the July 7 killing of five police officers in Dallas.