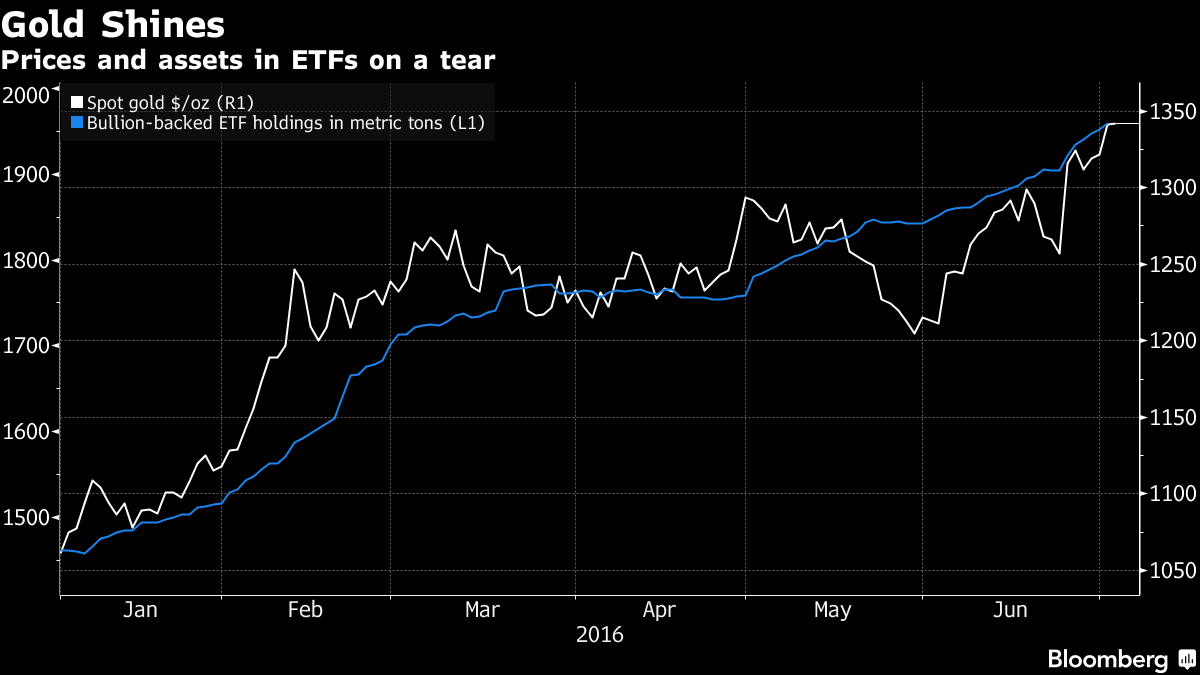 Global gold holdings have expanded by more than 500 metric tons since bottoming in January in a signal of investors’ rising concern about slowing growth, a Federal Reserve that’s probably on hold and the ructions caused by Britain’s vote to quit the European Union.

Assets in bullion-backed exchange-traded funds rose 6.6 tons to 1,959.1 tons on Friday, up from 1,458.1 tons on Jan. 6, according to data compiled by Bloomberg. Holdings increased 37 tons last week as investors reacted to the U.K.’s vote, and swelled in five months out of six in the first half.