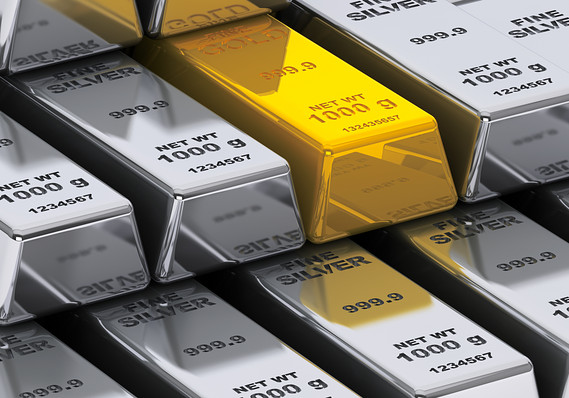 Silver futures regained their footing Wednesday to renew a charge to a fresh, nearly two-year settlement high, and gold tipped higher as surging U.S. stocks looked to pause their ascent.

The multiday rally in U.S. equities SPX, -0.08% DJIA, +0.05% tarnished the appeal of precious metals, often used as a hedge against higher-risk investments.

September silver SIU6, +1.26% which has been the highflier relative to gold in recent weeks, was up 17.4 cents, or 0.9%, to $20.345 an ounce. Silver had traded as high as $20.595 an ounce intraday in the previous session, buoyed in part because of its use as an industrial commodity, but it followed gold to settle that session lower.

Wednesday’s move may take silver to its highest settlement since late July, according to FactSet.