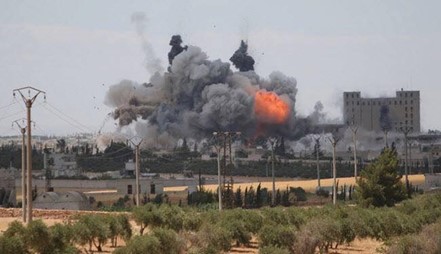 Just days after Tunisian-born French resident Mohamed Lahouaiej Bouhlel drove a truck into a crowded Bastille Day celebration in Nice, France, killing at least 84, a French-led bombing attack on the Syrian villages of Tokhar and Hoshariyeh today has reportedly killed more than 120 civilians.

Mainstream media and even the rebel-friendly Syrian Observatory for Human Rights have confirmed the killings and the civilian victims.

Shortly after the Nice attack, French president Hollande vowed to retaliate by stepping up bombing in Iraq and Syria.