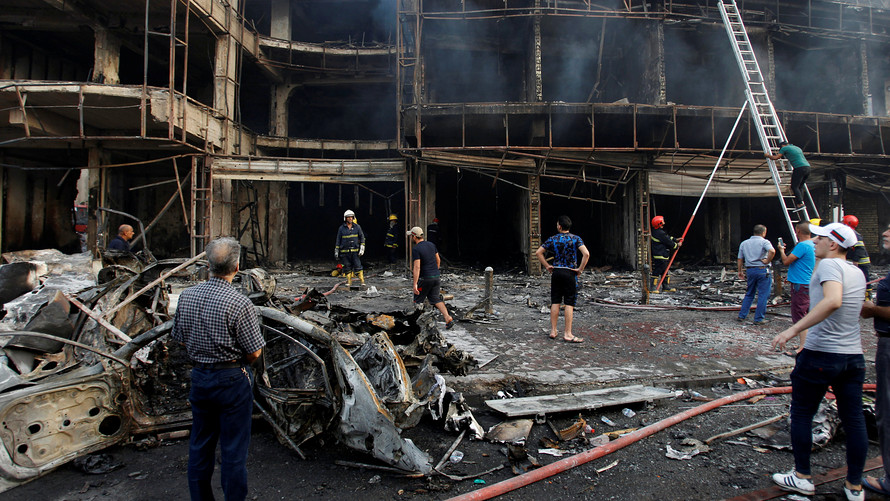 Islamic State claimed responsibility for a massive car bomb that exploded overnight in the heart of one of Baghdad’s busiest commercial areas, killing at least 109 people and wounding 185 others, security officials said.

The bombing marks the extremist group’s first major attack on the Iraqi capital since losing the nearby city of Fallujah to Iraqi forces late last month. It was the latest in a series of defeats in Syria and Iraq that have squeezed the militants who have responded by reverting to more guerrilla-style tactics such as suicide attacks on civilians in urban areas.

The explosion in the upscale central neighborhood of Karrada went off around 1:30 a.m. on Sunday in front of a well-known Shiite mosque, setting nearby buildings ablaze, said interior ministry spokesman Saad Maan.