Virginia senator and former governor is seen as a safe, centrist selection 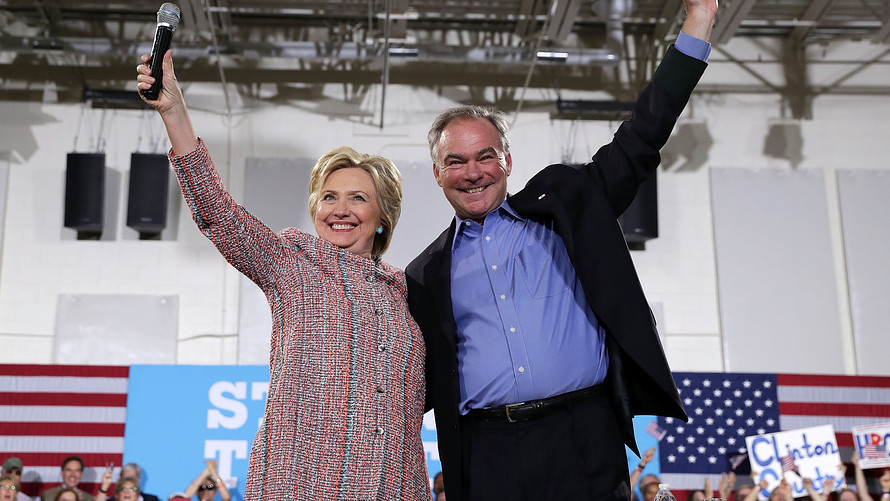 Hillary Clinton picked Virginia Sen. Tim Kaine as her running mate, turning to a seasoned politician from a battleground state and a figure long seen as the favorite for the slot.

Clinton announced the move Friday via Twitter, following the Republican National Convention that adjourned with Donald Trump as the GOP nominee. Democrats hoped the announcement would blunt any momentum Trump gained from his convention. Clinton is expected to campaign with Kaine on Saturday in Miami.

[…] A campaign official said Clinton made up her mind Friday to tap Kaine. She called him at 7:32 p.m. Eastern time from Tampa, where she had appeared at a rally, the official said. After she spoke to Kaine, Clinton called President Barack Obama to notify him of her choice, the official said.