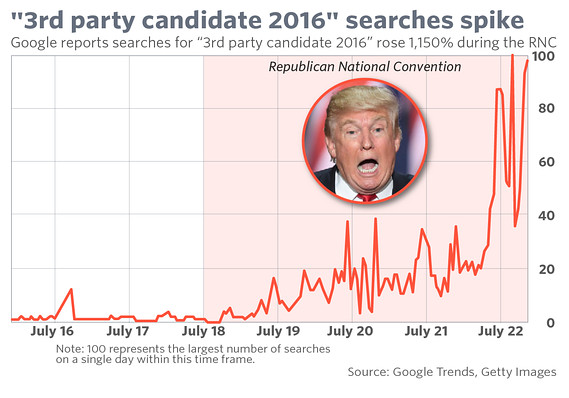 As the Republicans presented their vision of the country, Americans appeared to be hot on the hunt for an alternative presidential candidate.

Searches for “third party candidate 2016” soared by 1,150% in the past week during the Republican National Convention, according to Google Trends. The spike shown in the below chart spiked toward the end of what was at times a raucous and bizarre convention for the Republicans that ended with Donald Trump’s nomination:

[…] Next week will see the Democratic National Convention kick off with Hillary Clinton expected to get the presidential nomination. Some polls indicate a tight presidential race, though Trump has gained more momentum in recent months.