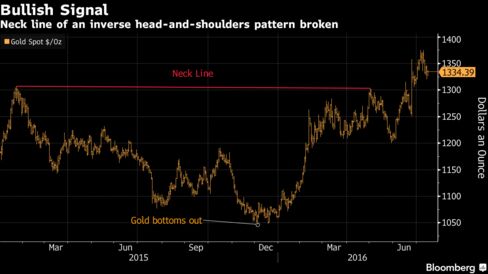 Gold has consolidated near the low of the past two weeks following on from its Brexit rally.

Having increased by 25% since the beginning of the year the pause in its rally comes as Barnabas Gan, an economist at Singapore-based Oversea-Chinese Banking Corp observes that “Market risk-on sentiment seems to have gone back” on the table, as reported by Bloomberg today.