How will Brexit impact the China-U.K. relationship? 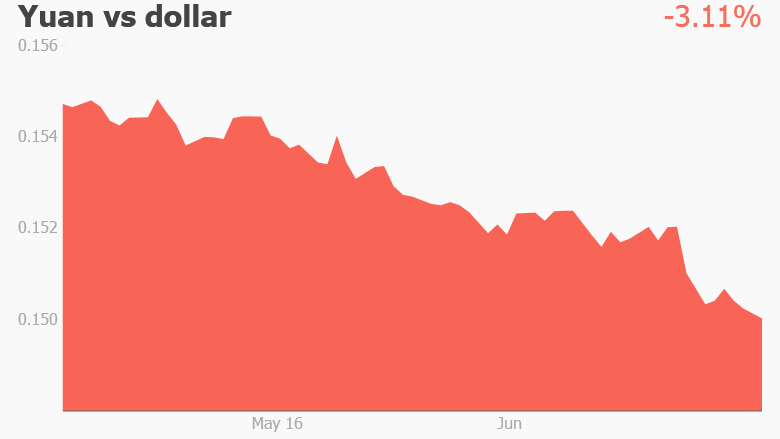 Since British voters’ shock decision to leave the European Union, the yuan has lost 1.3% against the dollar.

That’s small compared with the 12% plunge in the British pound since the EU referendum, but it contributed to the yuan’s biggest quarterly loss on record against the dollar — down nearly 3% in the three months to June 30.

The yuan was trading around 6.67 to the dollar on Tuesday, its lowest level since December 2010.