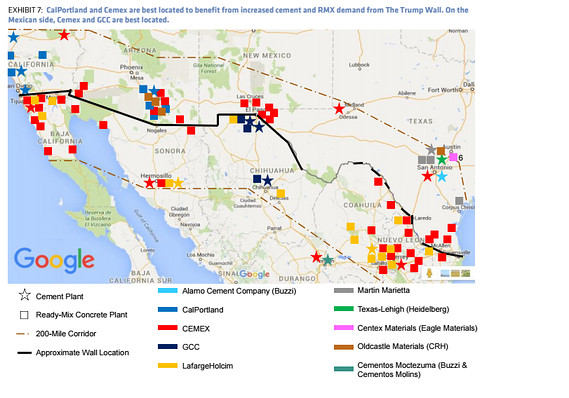 It is the one thing the otherwise mercurial Donald Trump has been consistent about throughout his presidential campaign—if elected, he’ll create a wall along the U.S.-Mexican border.

Analysts at Bernstein Research decided to crunch the numbers to find out which companies would stand to benefit if such a barrier were to be created.

And the winner would be: Cemex which as the name suggests, is Mexican and one of the world’s largest manufacturers of building materials, including cement and ready-mix concrete.

The analysts estimate that the wall would cost between $15 billion and $25 billion to construct, much pricier than Trump’s own calculation of $10 billion.