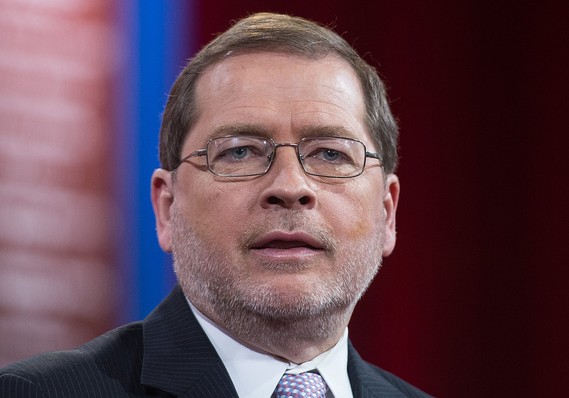 CLEVELAND (MarketWatch) — Anti-tax crusader Grover Norquist didn’t seem sure if he was enjoying his drink at a party in Cleveland. But Donald Trump’s tax plan? Just fine, thank you.

Norquist, the president of Americans for Tax Reform, was chatting up fellow party-goers at a Monday night soiree hosted by the Distilled Spirits Council of the United States when he gave MarketWatch some quick comments about Trump. The trade association is one of many groups hosting parties this week around the Republican National Convention, and Norquist spoke over the blaring sounds of a swing-music band.

“It’s fine, actually,” Norquist said about Trump’s plan to collapse the current seven tax brackets into four; cut the corporate tax rate to 15%; and repeal the estate tax. And he sounded optimistic that it could be melded with a recently released tax overhaul from House Republicans, which differs somewhat from Trump’s on a few issues. The House plan would, for example, cut the corporate rate to 20%.