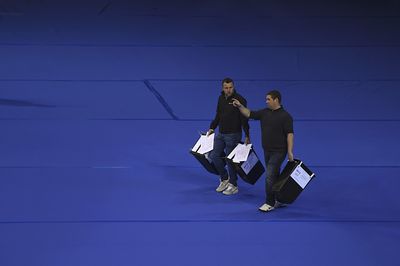 The British pound was shoved to its lowest since 1985 against the dollar Friday, thrown on a major roller-coaster ride as it appeared the U.K. was headed toward breaking up with the European Union.

Broadcasters BBC and ITV in the early hours of Friday morning forecast that the “leave” campaign won the referendum, putting the U.K. on track to sever its ties with the bloc it’s been a member of since 1973.

Late Thursday, the pound soared to a fresh 2016 high of $1.5022 after the last opinion polls and first local results pointed to a victory for the “stay” campaign.