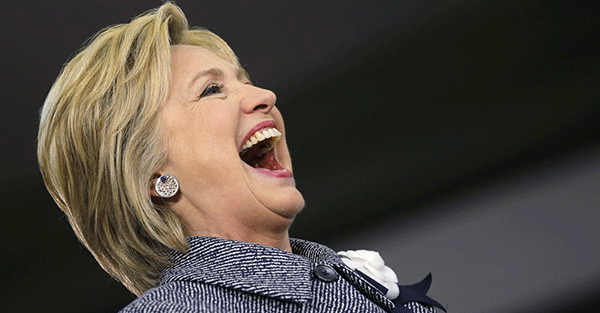 How Hillary Clinton’s historic win changes the game for girls … So many girls for so long were told — overtly and subtly — what they could and could not be … Regardless of party persuasion, Hillary Clinton’s victory is the definition of historic: She became the first female presidential nominee of a major political party. – CNN

Portions of the mainstream media are celebrating Hillary’s apparent winning of the Democratic presidential nomination.

Hillary may still be indicted and have to give up the nomination but the FBI’s slowness in investigating her email scandal (and bringing charges) has made it harder to remove her.

She is now the presumptive nominee of the Democratic party. She is no longer a candidate.