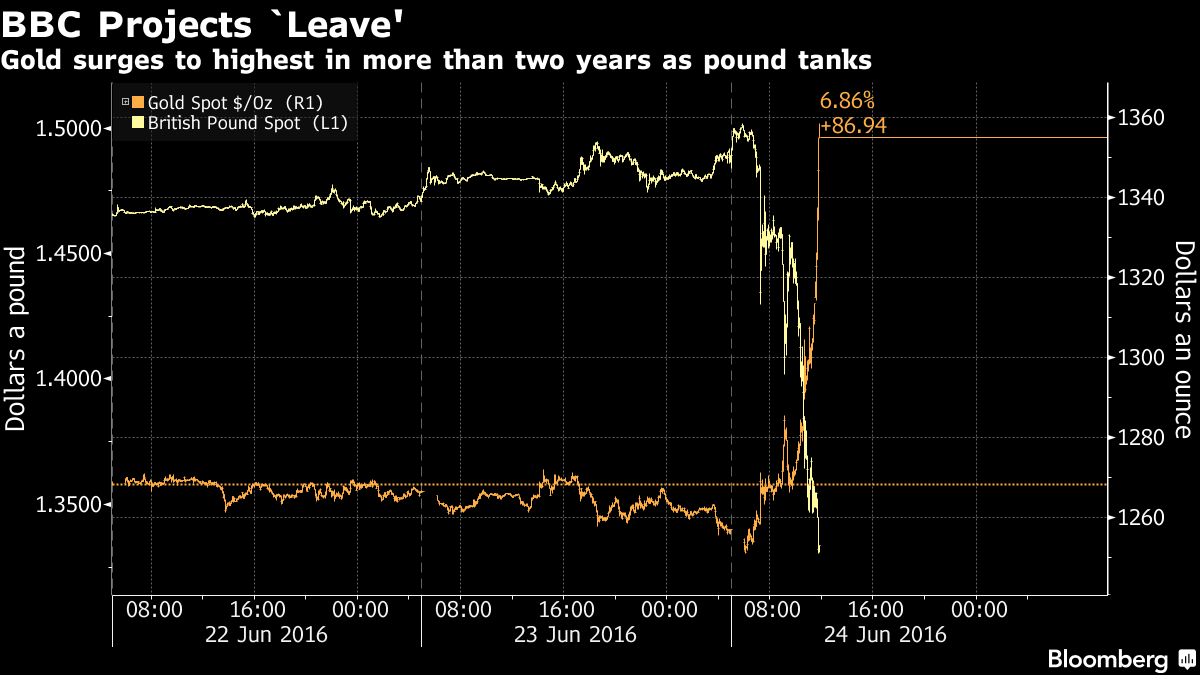 Gold surged to the highest level in more than two years in a frantic global hunt for haven assets as Britain’s voters were projected to back leaving the European Union after a historic poll.

“Gold will be a preferred safe-haven asset with a ‘Leave’ vote,” said Barnabas Gan, an economist at Singapore-based Oversea-Chinese Banking Corp, who forecast that it could rally to as much as $1,400 if ‘Remain’ loses. Bullion’s expected to remain volatile until the final verdict is out, according to Gan.