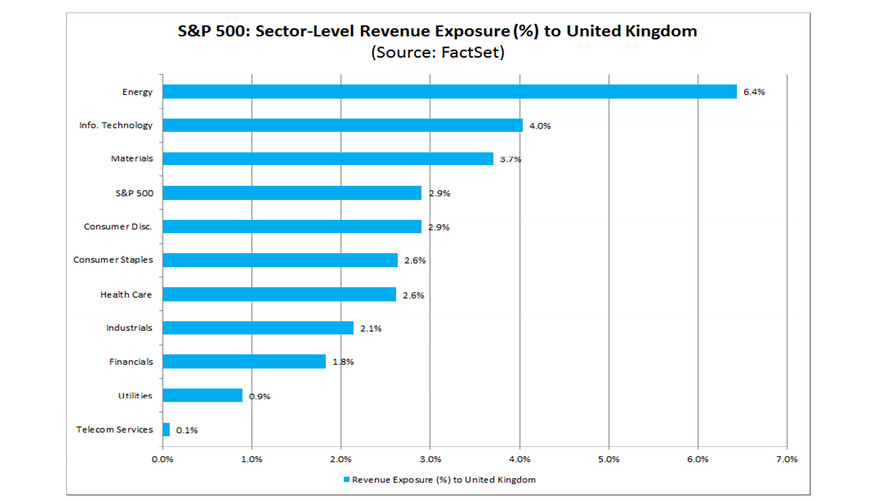 Shares of U.S. companies with a higher-than-average reliance on British sales could face a rude awakening should the U.K. vote to exit the European Union on Thursday.

Stocks finished the week lower on so-called Brexit worries and in the wake of a June Federal Reserve policy meeting that underscored a slower approach to rate increases given shaky economic growth. The Dow Jones Industrial Average DJIA, -0.33% declined 1.1% for the week, while the S&P 500 index SPX, -0.33% shed 1.2%, and the Nasdaq Composite Index COMP, -0.92% fell 1.9%. Both the S&P 500 and Nasdaq logged a second week of losses.

Another earnings season is less than a month off, with a few S&P 500 outliers still scheduled to report results and Nike Inc.’s NKE, +0.45% earnings the following week. With an already dismal four quarters of profit declines on the books, the possibility of the U.K. leaving the EU adds to the earnings struggles of U.S. companies. After China, international revenue across the S&P 500 is most exposed to the U.K.