America has become a dual-income nation since one income isn’t enough to maintain a household. 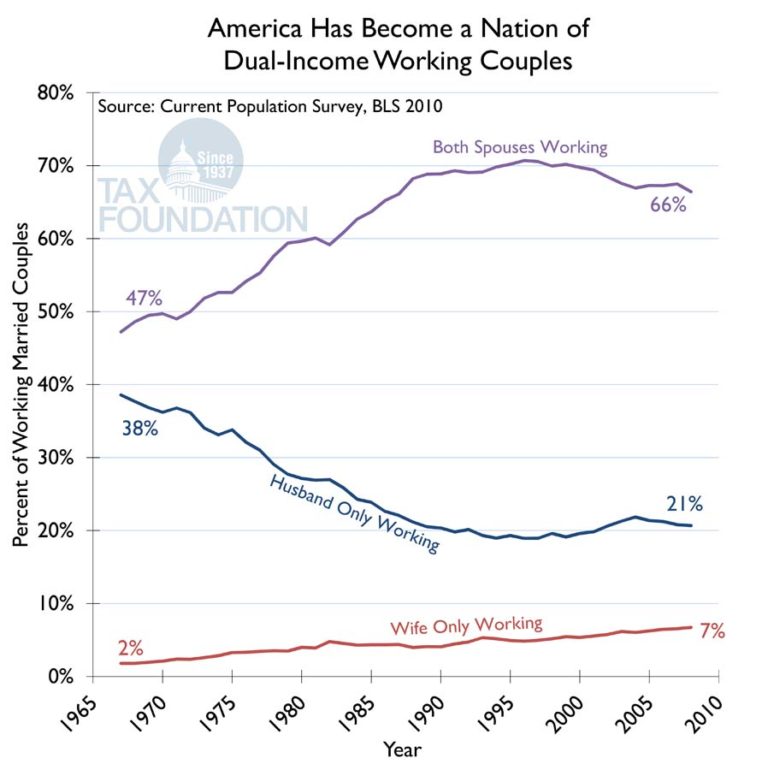 America has become a nation where households depend on multiple streams of income just to get by. Many people think that having two incomes is a luxury when in most cases, you need two incomes just to get by and keep up with the rising cost of living. This is reflected in the two income trap. Take for example a couple that works and makes the median household income of $52,000. In many cases if the couple has a child, daycare costs are needed and these can run exceptionally high. Healthcare costs are also incredibly high and have grown unbelievably fast over the last two decades. This recent recession could have been called a Mancession since most of the jobs lost went to men. America is a nation of dual-income households because people are too broke to get by on one income. The current state of the economy hasn’t helped much in supporting economic growth for working families.