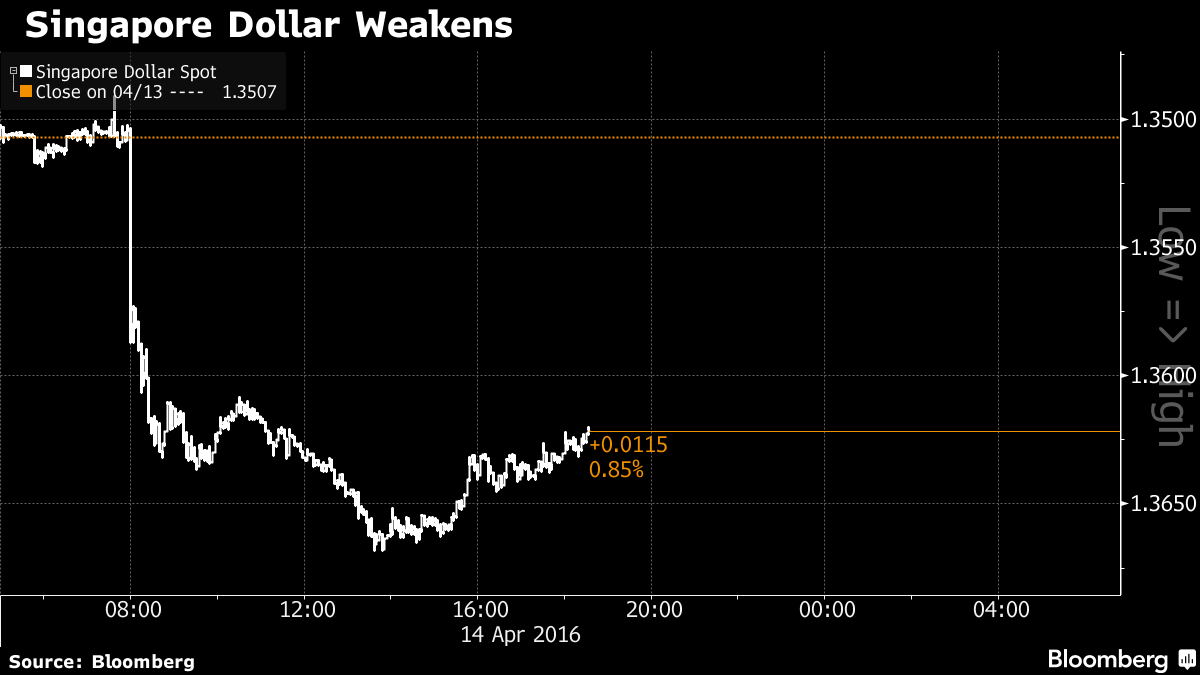 Singapore’s central bank unexpectedly eased its monetary stance, adopting a policy last used during the 2008 global financial crisis, as economic growth in the trade-dependent city-state ground to a halt.

The Monetary Authority of Singapore moved to a neutral policy of zero percent appreciation in the exchange rate, causing the local dollar to slide and dragging down currencies across Asia-Pacific. The surprise announcement came two days after the International Monetary Fund warned of the risk of negative shocks to the global economy.

“The MAS is delivering a strong message by returning policy to the post-Great Financial Crisis settings,” Sean Callow, a Sydney-based currency strategist with Westpac Banking Corp., said by e-mail. “The surprise move indicates a gloomy outlook for regional trade.”