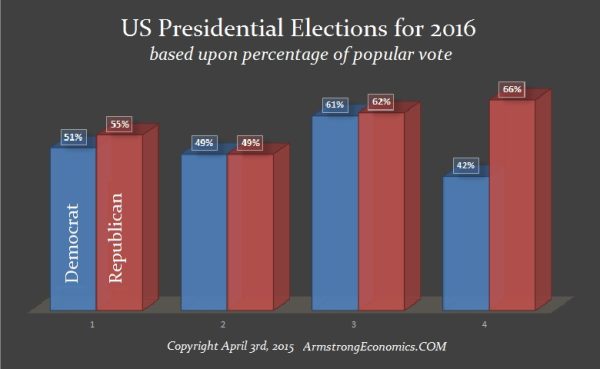 Donald Trump absolutely crushed Cruz taking all five states including Pennsylvania and Maryland. Hillary Clinton won Pennsylvania, Maryland and Delaware but Bernie may walk away with two states. The fact that Trump and Bernie are there shows that the public is really fed up with politics as it stands. It is looking more and more like Hillary v Trump. But as they say, it’s not over ’til the fat lady sings.

[…] Who we elect for President rarely makes a difference. Obama did everything Bush did after promising he would bring “change you could believe in”. After getting the Noble Peace Prize, he tried to invade Syria. Who takes the helm rarely makes a difference because it is the bureaucracy who runs everything anyway beginning with Bush, Jr. People get so fired up as if electing one career politician will really change their lives no less the direction of the economy. Nothing ever happens except government always gets more power in the end.