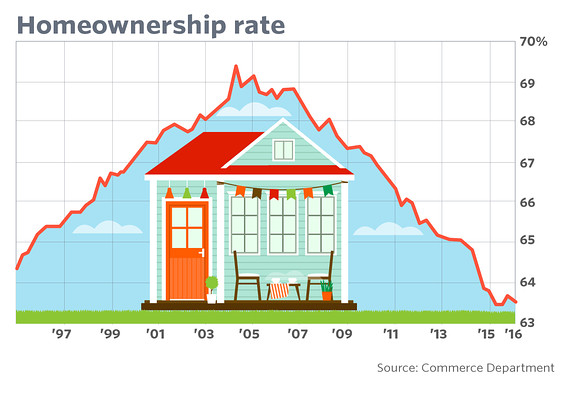 The rate that Americans own their homes fell in the first quarter to the third lowest on record, another indication that worsening finances as well as changing preferences since the Great Recession are altering behavior.

The Commerce Department reported that the ownership rate fell a tenth to a seasonally adjusted 63.6% in the first quarter, marking the third lowest figure since the 63.5% low in the second quarter of 2015. The ownership rate was 67.8% in the quarter when the U.S. entered recession.

The diminished interest, or ability, to own a home comes at a time when mortgage rates are low but house prices are climbing.