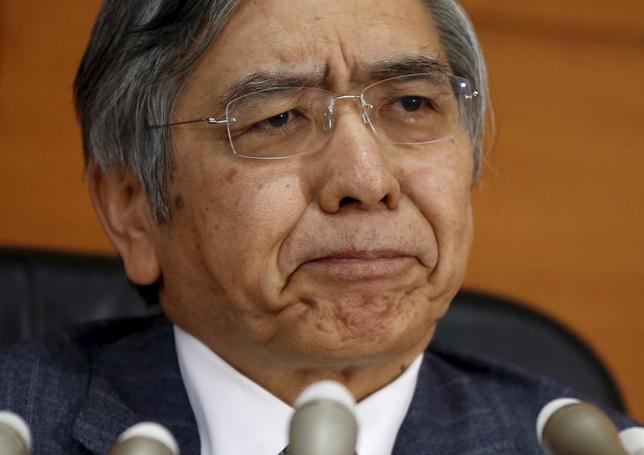 TOKYO (Reuters) – Bank of Japan Governor Haruhiko Kuroda said on Wednesday the central bank’s presence in the exchange-traded fund (ETF) market is “not too big,” signalling that topping up purchases of ETFs could be a real, near-term option.

Kuroda brushed aside the idea of introducing “helicopter money,” or sending money directly to citizens instead of via banks, saying that doing so conflicts with Japan’s legal framework.

The BOJ buys ETFs, as well as Japanese government bonds (JGBs) and trust funds investing in property, as part of its massive stimulus programme. It held about 7.8 trillion yen (50 billion pounds) of ETFs as of September 2015, roughly half the size of Japan’s market.